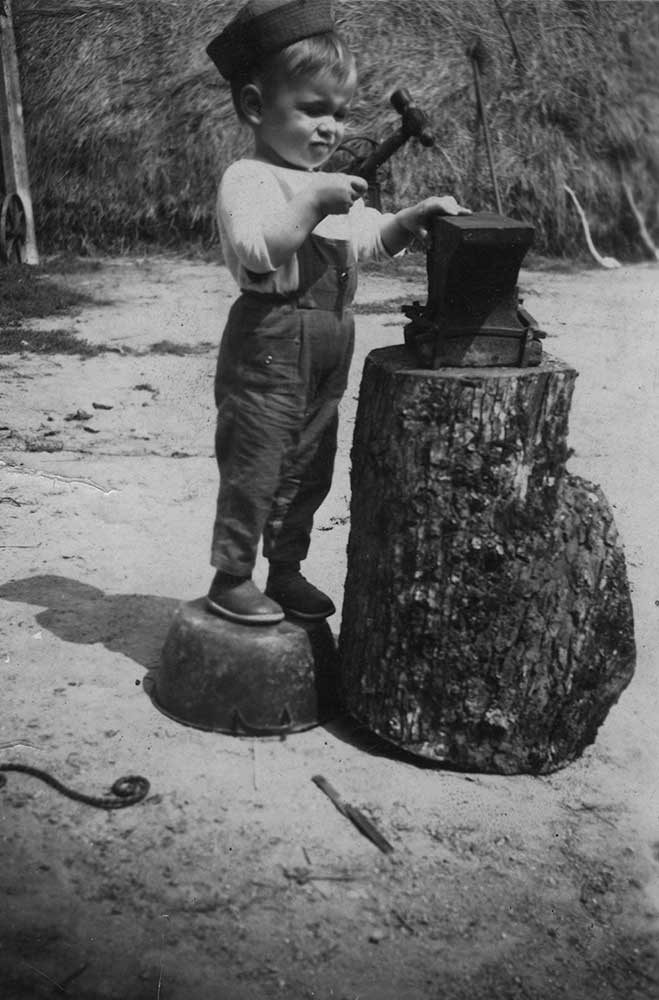 I was born a pyrotechnist because the first of my images was that of a fireworks display. I never sought to discover whether this vision was that of a celebration or a war, but it was under this influence that I scribbled my first graffiti. When I started kindergarten, I began to do more figurative drawings, sometimes even in perspective. Later, when I left the citadel of fine arts, all the plasters were shattered and the tables shed of figurativism; I had had no time for abstraction when I was then born a blacksmith.

I was born a blacksmith which is somewhat similar to being born a pyrotechnist, with the exception of density. If we could simply project the image we have of the sky back to the Earth we could cancel out the weight of iron and the effort it requires. I learnt to forge at a time when new technologies were bursting with inventions, but I preferred to open my steel chains to exhaust the music of the hammer on the anvil. Later, for a time of rest, I lay down in a laser beam to listen to the echo created by this music. This is how I was born a sculptor.

I was born a sculptor, drawn by the magnetic resonance produced in the white darkness of the scanner, as I slept. My head became detached from my body, freeing my brain of its weight and allowing it to enter the mirrors. But when I began to polish marble to build anamorphoses, with optics and precision, I was no longer either in this field or in the same place as in the beginning.
Light changes constantly and we can no longer count on its sight to determine what the eye sees. This is why, born of blindness, I now cut mashrabiyas out of sheet metal to become perforated memories, and I shake new hands which are those of the alter ego, born a woodcutter in the China Seas, on an oil rig.